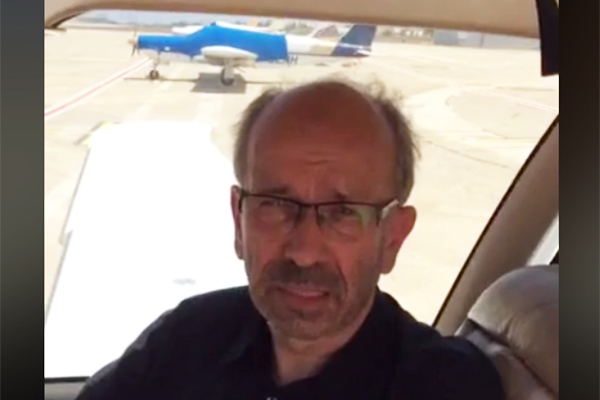 Flight ban for sea rescuers is an amputation of humanitarian assistance

EKD’s migration expert Manfred Rekowski warns: the first to die is the law and then the human being

The flight ban imposed on the reconnaissance plane Moonbird belonging to the Sea-Watch rescue organisation is a “scandal”, according to Präses Rekowski, chair of the advisory commission on Migration and Integration of the Evangelical Church in Germany (EKD). “It is an amputation of humanitarian assistance that the Moonbird cannot fly,” Rekowski declared at noon today. “The general public is not meant to notice what is happening.” At present the small aircraft is not permitted to leave Maltese sovereign territory.

The plane reports boats in distress at sea to the competent state emergency authority in Rome, which initiates and coordinates rescue operations. The EKD supports the deployment of Moonbird financially, contributing up to EUR 100,000 in 2018.

“Stopping the plane from taking off does not mean that fewer refugees are dying in the Mediterranean,”said Rekowski after his flight, on which he wanted to get a picture of the Moonbird missions. “Looking away is no solution; rather it is repression of the refugee disaster. To save more people from drawing we have to look carefully, not look away.”

For Rekowski the flight ban is symptomatic of a European policy of closed borders. The EuropeanUnion does not need externalisation and closing borders, he said, but an orderly refugee policy that meets humanitarian and responsible standards. They include common border controls on whoever enters Europe and agreements on how refugees can be fairly distributed to the member states. Rekowski: “It is against international law not to rescue people in distress at sea. It is irresponsible to keep people in camps for months, to pay other states to ward off refugees and to declare dangerous countries of origin to be safe. This practice of closing borders has been spreading for years and is undermining international and European refugee law. From history we know: the first to die is the law and then the human being.”

Präses Rekowski underlined that public attention was needed.  “These evening we will hold a memorialservice in Malta for the refugees who have died, with the biblical theme ‘Watch and pray’, and also pray for the many volunteers.”