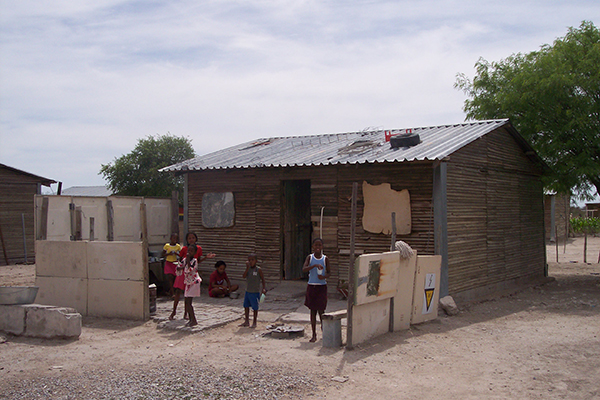 Protestant Churches in Germany and Namibia want to work together in contributing towards a broad-based healing process, for “many Namibian descendants of those people still bear the burden of that experience”.

Representatives of Protestant Churches in Germany and Namibia met at the end of January 2017 in the city of Okahandja in Namibia, to commemorate the genocide committed by the German colonial troops against the Herero and Nama people during the years from 1904 to 1908.

This was the first joint discussion of the issue following the completion of a church research project into German responsibility for the genocide, the findings of which had been presented by the Evangelical Church in Germany (EKD) in 2015.

The churches want to work together in contributing towards a broad-based healing process, for “many Namibian descendants of those people still bear the burden of that experience”, as it says in a final statement from the meeting. The generation of today has a “special opportunity and responsibility to deal with the trauma and the guilt which was caused by what happened during the years 1904 to 1908, and to overcome it”.

Those with responsibility in the Namibian and German churches are urging all the parties to “exercise sensitivity in dealing with this question”.  The genocide question has been a pressing topic on the agenda of the churches since 2002. “We have now come together from different churches in Namibia and Germany in an atmosphere of trust, in order to listen intently to the variety of experiences and views among us” says the statement.

Senior Executive Member (OKR) Barbara Rudolph described the meeting in Okahandja as “a big breakthrough” in the relationship between the Protestant Churches in the two countries.  OKR Rudolph, who is Head of the Department “Theology and Ecumenism” in the Regional Church office of the Evangelical Church in the Rhineland went on to say: “We have set out on the road towards a viable reconciliation, which may also promote convergence at a political level”.  This was not just a matter of the relationship with Germany, but might also be able to bring together the different interests in Namibia itself which have hitherto held partially exclusive positions.

As well as OKR Rudolph, the other participants from the German side in the “Ecumenical Consultation on the Genocide” were: OKR Klaus J Burckhardt from the EKD, OKR Dr Ulrich Möller from the Evangelical Church of Westphalia, and Julia Besten from the United Evangelical Mission.

Beginning in 1904, German troops had brutally suppressed an uprising of the Herero and Nama people against the colonial power.  During the period up to 1908 they killed around 90,000 people. The missionaries of the Rhineland Mission had assumed a very ambivalent role in this first genocide of the 20th century.  On the one hand they displayed great loyalty towards the colonial power, but they also defended the interests of the Herero and Nama people.