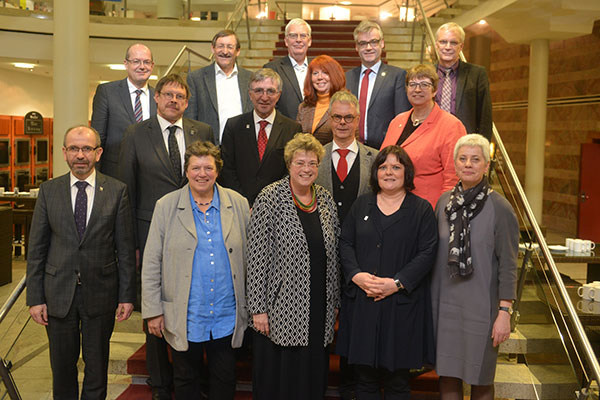 The newly elected church executive board.

The new composition of the church executive board, with one substitute representative. Nine members were elected or re-elected. The remaining members did not stand for election according to the rules of rotation. Those elected will take up office at their induction on 5 March.