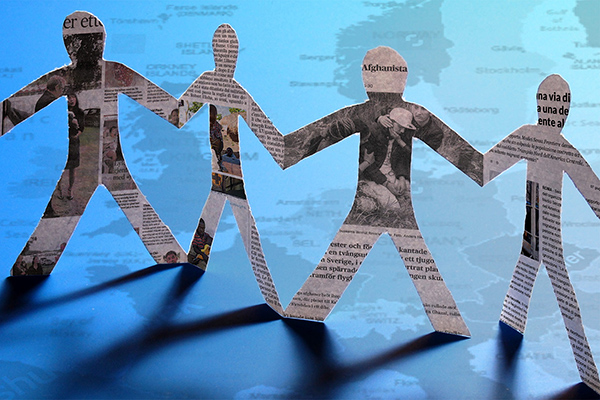 “Refugee Reporting” is the title of an international survey on the representation of refugees in the media. One of the conclusions is that the voices of the refugees themselves are hardly ever heard, according to Ralf Peter Reimann, internet officer of the Rhineland Church and a member of the Steering Group for the project. 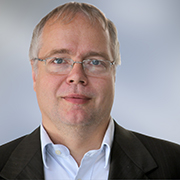 What is the survey about?

“Refugee Reporting” is a survey on the representation of refugees in the media. An analysis was made in seven different countries as to how the issues of refugees was reported there. We investigated the main emphasis of the media coverage and how refugees were presented: whether they themselves were given the opportunity to have their own say, and in what context they were put.

Why is this important?

Because the image of refugees that is conveyed in the media has a decisive influence on public opinion.

And what image is conveyed by the media?

It is particularly striking that refugees are commonly described just as “refugees” – almost like a job title. This means that the only thing you find out about them is where they come from. But for us the important thing was to show that refugees as just human beings.  And this is the issue to which journalists really need to give greater attention. Above all, that they let refugees speak for themselves. There is a lot of discussion concerning refugees, but no discussion with them. And we hope that this survey report will change things. We want to encourage the idea of making these people visible.

To whom are the findings of the survey being directed?

The survey is not just an analysis, but also brings forward recommendations. These are directed on the one hand to journalists, but also on the other hand to the refugees themselves. They often have no understanding of the way in which the media operate in Europe. We urge them to have confidence in the media and give examples of the best ways in which to make their voices heard. We also make recommendations to Aid Agencies, as we found that they mostly tended to shield refugees from the media and provide protection for them. On the one hand this is good and understandable, sensationalist reporting should not be spread. On the other hand, refugees have the right of communication and should be allowed to express themselves on their own behalf. It is important for them to be able to build up trust with serious journalists, so that refugees can tell their own story.

“Refugee Reporting” is a project of the Churches Commission for Migrants in Europe (CCME) and the European section of the World Association for Christian Communication (WACC).  Among others, it is supported by the Italian Waldensian Church and the Evangelical Church in the Rhineland. The survey was presented on 16 November in Brussels. A video statement by the Rhineland Church President Manfred Rekowski (in German) can be found here